What's on your mind?

Please use this for any and all COVID related discussions. ~~~~

In case anyone is curious. I read his earlier short work "Les Lettres de Pastron" http://uchronia.net/label/silvlettre.html when it was released. It was well written, but the POD was from a time in which I have little interest.

Just a pair of curiosities.

Miss me? Covid-19 led to job loss and library lock down. I haven't had any home internet for various reasons so I have been lock-out of this and elsewhere since March 13.

The TPL has opened up for some in person use so I now have limited access. I think I will have to reseach and get home access soon. Meantime I'm back. ~~~~

I don't see why you had to close the previous discussion on this page. If anything it just proves you are in the wrong. Any rational person can see that AppleMonkey was being civil and was not trolling. Just how they can see that this page is full of Bias. I showed it to people I know who hate Trump and even they agreed. I have no doubt that you will close this discussion as well because thats just who you are. I also have no doubt that if someone did this about say Hillary or Obama you would be the first one to tell them what a sexist/rascist bigot they are. You don't win the agruement by plugging your fingers in your ears going "nah nah nah nah nah". You win by ingaging in a civil discussion.

I will be off-line for the next few days so I would like to take this opportunity wish one and all a very Merry Christmas and a Happy Holiday. ML4E (talk) 16:43, December 24, 2019 (UTC)

I come onto the site after a weekend of being too busy to do so and find dozens of rogue edits which TR and ML4E have had to undo, new categories which should not exist, all with him glibly explaining his reasons after he's done his deeds. Reasons that don't hold water, as he well knows, or should have known. All because he got his hands on some anthology that's been out of print for nearly fifteen years, and is just a reprint of obscure-ass stories that had been out of print for even longer than that before 3xT had its moment in the sun. It's not like he's making contributions which are urgently needed, which would make dealing with his bad behavior worth it.

I'm just really fed up with him. We tolerated similar behavior from Jonathan for years, finally rid ourselves of that pest six months ago, but it feels like he never left. I don't think MBS is a Jonathan alter ego, but I really don't care. He adds almost nothing of value to the project, shows contempt for the way we do things, and is just exhausting to have around.

I think it's time to discuss whether he's still welcome here.

Don't get me wrong, I hate Trump as much as the next guy but it really should just stick to facts and not political opinions.

Further to Talk: Ford's Theatre#Assassination of Abraham Lincoln Article, in addition to the elimination of the Lincoln and Booth sub-sections, I think the following should also be done:

Removal of the Hiroshima sub-section. This was not a time-viewing target, just a comparison for the K-T Extinction and Permian-Triassic. They may refer to the OTL main article equally well.

For the record: Talk: Charles Lindbergh#Lindbergh Jr. on why I think both should be kept rather than deleting the father.

Reason Talk: Evelyn Nesbit and Harry K. Thaw should remain but an article for "Stanford White" should not be created.

For the record, this Talk: Time-viewer#Delete or Not For Real is where we decided to keep all articles / sub-sections with time-viewer records rather than remove them to "Hist. Refs."

Why is this message popping every time I click on a link? It used to do this only if I tried to leave a page I had edited and not saved. I'm finding this irritating and am wondering if there is a way to turn this off. I didn't see anything in "Preferences". Suggestions? ML4E (talk) 18:27, May 9, 2019 (UTC)

I have been looking through the Southern Victory series and was unable to find any evidence that the Empire of Japan ever annexed Indochina from the French. Still, people throughout the wiki and the internet in general talk about Indochina being annexed. Does anyone know where in the books, if at all, it mentions Indochina’s annexation? Thanks.

I couldn't find the Talk Page on our previous discussion on this issue so decided to at least collect today's comments here for future reference. ML4E (talk) 19:56, January 6, 2019 (UTC)

If you don't like the new category format, go to "My Preferences" in your profile, and select "Classic Format" on the categories option.

I finished up On the Train a week ago, but in recent days, work was hell, nor was I out of it.

Both stories are charming little fantasy pieces about living on a giant train that crosses some fictional world where all manner of fantasy and science fiction tropes exist. As Rachel's story did about as much world building as her father did, articles will incorporate references form both halves. They aren't directly related, though--they are two discrete tales set in the same world involving unrelated characters who never interact.

Years ago, I proposed incorporating articles from Laura Frankos' works. We skipped it at the time, because we hadn't grown that much. Years later, we have a substantial number of articles, and we have Rachel's sole published work that intertwines with her father's, AND we have access to some of the works Laura published in the "Chicks" books.

So I'd like to again propose that we create a portal to include Laura and Rachel's respective works (and any other Turtledoves who publish). I've had a chance to read a few of Laura's stories. She's primarily a fantasy writer, but she has done a few historical pieces. (Obviously, we don't have to delve too deeply into her various books on Broadway musicals.)

After chastising Johnathan numerous times for creating categories without first discussing the need, he seems to have learned the wrong lesson. I just noticed he has added an "Aquinists" cat to four character redirects for MFCiTDE that are members of the organization but did not create the category. See here. This means the creation of the cat doesn't show up on the edit log but the cat exists anyway.

What he should have done was start a Forum discussion on this or perhaps used the Character Cat Talk Page. Instead he used this stealth approach. I am tempted to remove the cats from the character redirects except I support the creation of such a category. This would be analogous to the Sons of Liberty cat in T2G. Thoughts? ML4E (talk) 18:24, October 15, 2018 (UTC)

I've completed all of the substantive articles possible for Powerless, save for the countries.  We know that the WCPDR is CA, OR and WA, and we can say a few things about it overall, but it won't be much.  We also have the NESSR, which would mostly be a copy-paste of the Unnamed General Secretary of the Communist Party of the NESSR, and then the Southern Confederate People's Republic, which we know has VA, but anything else is a guess. So it would be three really tiny articles with no growth possible.

We also have various fictional countries in TDE in the Sunset Lands and parts of Asia.

I'm of the opinion that now is as good a time as any to begin a "Minor Fictional Countries" page. (Not necessarily that title.) Ideally, it would be for both fictional countries on Earth AND the minor little fantasy and sci-fi places.

I have started receiving the following message at the top of any article with a banner:

"ShowHide is no longer supported, but is in use on this page. You should consider switching to the MediaWiki collapsible selectors, such as class="mw-collapsible". See the Collapsing help page for more details."

This looks like a bunch of work changing them given the changes the wiki programmers have made. So far, things still work but for how long I don't know. ML4E (talk) 19:53, September 28, 2018 (UTC)

I'm going through the stubs category and marking all the one-sentence wonders for deletion.  I just don't see any value in keeping all these stubs on, e.g. the Opening of the World, when many of them haven't had any movement in years.  Since restoring them is easy, deleting them will cause no harm.

In the interests of fairness, I won't delete anything if we start seeing forward momentum.  So if anyone is going to go great guns on any of the marked pages, I'll give it until the end of the month.

All volumes of The Scepter of Mercy and Elabon are 1.99 each on e-book/kindle.

The book that has "Gilgamesh and the Homeboys" is in PO box.  I'll get it tomorrow after work.

I purchased On the Train early in 2017 in an e-book edition. This is the one that contains "All Aboard!" and the story by his daughter, Rachel.I purchased it directly from the publisher, so it was not downloaded to my Kindle. My computer crashed shortly after, and I figured that was that, a few bucks down the train on a buck I'd never get to read.

However, last night I was going through various thumb drives, and low and behold, there it was. I'd saved it, and completely forgotten.

In other words--some obscure shit's going to be appearing in the next couple of weeks at this wiki. 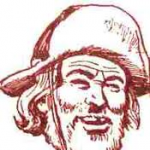 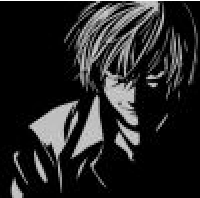 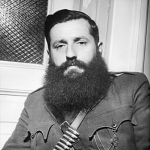 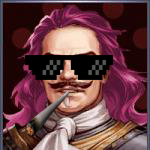 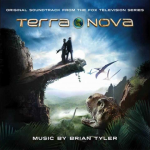